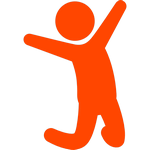 You asked for it and we listened. What if our team never captured your fantastic freedom pose at some festival? No worries! You can now select and upload your very own PHOTO4FREEDOM to our freedom gallery.

Click here to upload your own PHOTO4FREEDOM, for inspiration and to see other IAM4FREEDOM Heroes in our PHOTO4FREEDOM gallery. 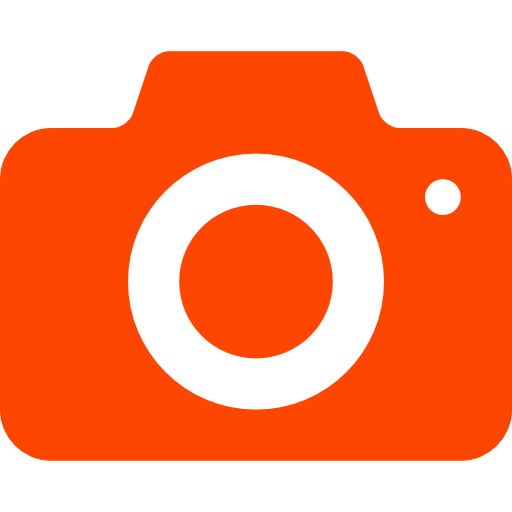 Did you have our team freeze your freedom moment? Great! You've found your way to this page/site and we've got you right here, where we want you to be. ;-) While you were posing, holding our 'IAM4FREEDOM' slate, you thought about what freedom meant to you and your mouth corners rose by the mere thought of freedom. We captured that marvelous moment forever and 4FREEDOM! Here you can find your personal PHOTO4FREEDOM or you can watch IAM4FREEDOM Heroes in our galleries. And while you do that, you can contribute to the cause. Simply sign-up or sign-in as an (existing) IAM4FREEDOM Hero. If you have done so, already, then click on the appearing picture of your event below. Make sure to share your PHOTO4FREEDOM on your social media networks and tag your friends 4FREEDOM, for more exposure!
Note: the newest Photo4Freedom albums are for IAM4FREEDOM Heroes only as the whole idea is to get you on board ;-)
Please join us by supporting the cause, create your own IAM4FREEDOM Hero account here and see/download your picture.
More >>Less <<

- Simply sign-up/sign-in as an IAM4FREEDOM Hero,
-Check your frozen freedom moments,
- Download a PHOTO4FREEDOM image,
- Share on your social media networks and Like our Facebook Page,
- Tag your friends,
-Visit future festivals and events and have your PHOTO4FREEDOM taken,
- Join as a PHOTO4FREEDOM volunteer,
- Apply, as a third-party event, to host a PHOTO4FREEDOM action,

PHOTO4FREEDOM offers superb social sharing possibilities, after you have had your photo captured, branded and downloaded. If you're happy with the result, heroically, you proudly promote and post your picture and share it on social media. PHOTO4FREEDOM thus results in brand recognition, free publicity, traffic to the site, increasing number of IAM4FREEDOM Heroes and very unique and diverse user generated content. Furthermore, PHOTO4FREEDOM contributes to the cause by cross-promoting, handing out info and flyers in the run-up to our other events in, for example, ART4FREEDOM and DANCE4FREEDOM.

A PHOTO4FREEDOM is a pleasant picture and its main reason is to get you involved. A PHOTO4FREEDOM team of IAM4FREEDOM Heroes, armed with a (sponsored) camera, aims at you (and your friends) when you are at some party, festival or event. Next, this PHOTO4FREEDOM is branded and shared to/for all potential IAM4FREEDOM Heroes.
PHOTO4FREEDOM has already proved that party public gladly poses 4FREEDOM. PHOTO4FREEDOM is one of the successful projects during the, previously called Project Aware, period and is always a lot of fun to everyone participating. Among other things, these joyous and amusing actions address current freedom themes, like discrimination and violence at festivals, events and in nightlife, in a nice, effective and enjoyable way.
Our professional promotion teams operate both back stage, as well as front stage, always, setting the party people's fun and freedom centre stage. In addition, our IAM4FREEDOM Heroes inform you about ALL4FREEDOM and motivate you, directly, via your phone, to become a IAM4FREEDOM Hero. Besides photo actions, PHOTO4FREEDOM use other expression-full material such as a pop-up prison-cage, flags, banners and flyers. Future teams are capable of organizing physical PHOTO4FREEDOM actions independently.
PHOTO4FREEDOM works closely with partner organizations, which focus on the event segment. Thus, third-party events present themselves under the PHOTO4FREEDOM flag, add something extra, meet corporate social responsibility standards and contribute to the mission of the positive fame that ALL4FREEDOM spreads.
PHOTO4FREEDOM is a target-group-focused project that gives ALL4FREEDOM the necessary extra momentum. Check our other 4FREEDOM projects and IAM4FREEDOM!

PHOTO4FREEDOM teams visit third-party festivals, parties and events or other hotspots. So far, the PHOTO4FREEDOM actions mainly focus on The Netherlands and especially around Amsterdam. In the near future PHOTO4FREEDOM will be rolled-out across Europe and the rest of the world. PHOTO4FREEDOM was launched during the run-up to- and on - DANCE4FREEDOM 2007. Ever since, PHOTO4FREEDOM is present, when and where possible.
Thanks to the great- and ever growing internet coverage and potential, the popularity of socialmedia, smartphones and our action site, combined with multi lingual support, PHOTO4FREEDOM's accessibility is universal, with the exception of those locations where, due to limitations, imposed by the NON FREE PEOPLE REPRESENTATIVES, access is denied and blocked for ALL4FREEDOM (sub-)sites.
Check our agenda for the exact dates (near you).

You, the FREE PEOPLE, clubbers crowd, party public, potential IAM4FREEDOM Heroes are followed by your/their network of freedom-valuing festival visitors, events, concerts and clubs of partnering organizations, who are willing to cooperate and support ALL4FREEDOM actions. As an IAM4FREEDOM Hero and as no other, you realize that, even for them, the future should be freedom-filled with respect for human rights, the right to be yourself and FREEDOM4ALL.
Our team of varying and flexible volunteers, who love freedom and love to party, feel good by visiting events and adding value and freedom to a festival day or good night's out. Via PHOTO4FREEDOM they interact with the audience in a spontaneous and special manner while taking as many pleasing pictures as possible.