At ALL4FREEDOM, we aim at, and claim that, FREEDOM4ALL is possible. We are the people and by uniting people like you, we can, of course, change lives, make a difference and impact on a global, as well as a local level and start safeguarding our very freedom worldwide. We can distinguish a few forms of freedom, namely, inner-, outer-, local and national freedom. 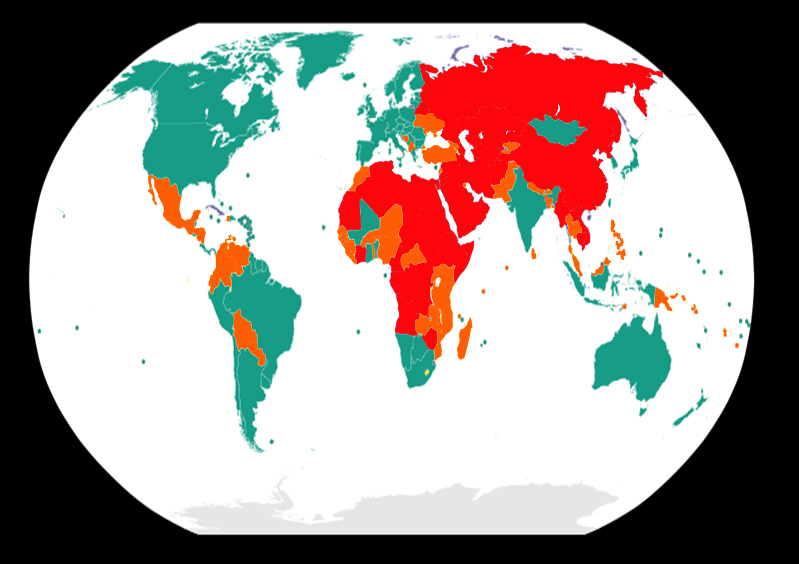 As we can distinguish 4 target audiences, our approach strategy is fourfold:

With IAM4FREEDOM and other 4FREEDOM projects, ALL4FREEDOM, primarily, aims to motivate and mobilize all the Free People. So, this is where you come in! Social issues, as the enforcement of the universal human rights, do not solely belong to the FREE PEOPLE REPRESENTATIVES and NON FREE PEOPLE REPRESENTATIVES. The actual word already says it all, they are human rights and so, the human or in this case, you, come first. ALL4FREEDOM shall use her bottom-up crowd community to motivate the land's leaders both online, as well as with periodic physical actions. Beginning at the basics of building up your inner freedom via, for example, MEDITATE4FREEDOM, cultivating the compassion and contributing by acting accordingly and paying freedom forward into the outside world. It all starts with awareness and then action. This is why ALL4FREEDOM's first focus is on the 'human' part of human rights; of-, for-, and by, the people and people like you! Within a few minutes, you can already feel free and influence future freedom policies. So, start by being present in the presence, unleash you potential upon this planet and join!
JOIN IAM4FREEDOM

WORLDLEADERS4FREEDOM (What they do)
Show MoreShow Less

Next, with the project WORLDLEADERS4FREEDOM, ALL4FREEDOM directly addresses the FREE PEOPLE REPRESENTATIVES. According to the approach strategy, they are now next in line and have to come forward. As IAM4FREEDOM Heroes and the people's representatives of the Free People and various political parties, they play primal part due to their ruling role and beyond. Just as we would ask anyone else, they too are asked how they will handle, address and promote freedom politically. What are they going to do 4FREEDOM? Statistically, we shall communicate the outcome (their answers and comments) of X crowdsourced questions per deadline directly back to the people and to make sure that their commitment is not a common crowdpleaser. If necessary, the WORLDLEADERS4FREEDOM shall, repeatedly, be reminded of their responsibilities, reports and super hero status. Every Y months their duties/actions are measured to see if they are still on track with their targets and if not, on behalf of the Free People, we shall demand them to take the appropriate action in order to stick to their end of the deal.
Once a year, on Prinsjesdag or the third Tuesday of September, in The Hague, the Dutch government announces its financial and fiscal plans for the next parliamentarian year. This is how it is done for centuries and in the early days, people then celebrated the birthdays of the Princes of Orange Tuesdays and so-called patriots held demonstrations to promote organism. These freedom fighter forefathers were the premier promoters of a more representative people's parliament, tolerance and freedom of expression. Therefore, this time-worn tradition shall no longer shine its light only on financial frame of mind but bring in the importance of-, and government intentions on, human rights, the right to be yourself and freedom for the year to come. Additionally, a questions and answers debate shall take place between the FREE PEOPLE REPRESENTATIVES and the Free People.

TOP4FREEDOM (What they do)
Show MoreShow Less

(Why we do this)
Show MoreShow Less

These are the people, for which the Free People and the FREE PEOPLE REPRESENTATIVES, and finally, the NON FREE PEOPLE REPRESENTATIVES, are all doing this, for whom they stand up and in the end, even alter their power and policies. Also the NON FREE PEOPLE REPRESENTATIVES, as individuals and IAM4FREEDOM Heroes instead of officers, frequently stand 4FREEDOM, but often miss sufficient support to step up and say/do something substantial. The communication back and forth with the FREE PEOPLE REPRESENTATIVES, strengthens their willpower and motivation. Eventually, the number of NON FREE PEOPLE shall slowly, yet exponentially, decline during the ALL4FREEDOM's lifespan and the number of Free People shall slowly increase proportionally towards approaching the idyllic 100% in the heroic happy end of FREEDOM4ALL!
When we think national freedom, think of situations at a top-down, governmental level where the responsible NON FREE PEOPLE REPRESENTATIVES do not use their powerful army to protect but to oppress, thus disabling freedom for their own gain. In order to offer a complete contribution to the cause, ALL4FREEDOM's strategy is therefore twofold and the 4FREEDOM projects are active on all fronts. Finding and foresting freedom from within and, en mass, forwarding freedom into the future and towards them totalitarian tormenting regimes, roughnecks and rascals. The global safeguarding of our freedom both at top-down (vertical) national governmental and global level, as well as, locally, among the general public (horizontal), is a crucial component of our future strategy and of mankind.
Feel free to click on through and check out our other 'How sections' on the about- or 4FREEDOM Projects pages.