FREEDOM4ALL. It is an ambitious vision, we know, but we are committed and need your help.
FREEDOM4ALL symbolizes all that you embody, especially, freedom and the right to be yourself. Imagine this world where everyone can be/feel free … that is what we aim for. Sometimes different people from all over the world share the same dream. You too might dream of a world where you can be free to flourish and truly be yourself, a world where we all live in freedom, respect and human rights; you dream of FREEDOM4ALL. A world where we will have ended human rights violations worldwide and defend these very human rights, the right to be yourself and FREEDOM4ALL for the future. For the first time in history, we (still) have the power to make FREEDOM4ALL reality. ALL4FREEDOM and all our kindred-spirited IAM4FREEDOM Heroes, who want to make something of this world, believe that FREEDOM4ALL is not that unlikely and that, together, we can do what is necessary and possible, thus pulling the far-fetched FREEDOM4ALL within reach. Backed by the right number of humans, human rights can be set right! We get goosebumps from FREEDOM4ALL but also from the fearful idea of total control and global oppression. Which way the wind will blow, no one knows but we can choose to no longer look away, stand aside and say that we knew nothing and couldn't have done much. How about you helping us in our effort to tilt the scale of future freedom in the desired direction? Are you 4FREEDOM? Are we not ALL4FREEDOM?
MoreLess

ALL4FREEDOM aims at FREEDOM4ALL
FREEDOM4ALL is the prominently communicated term and target: ending human rights violations worldwide and in the future, safeguarding freedom and the right to be yourself, BSUR (Be As You Are) as well. FREEDOM4ALL suggests that, within the much-desired FREEDOM4ALL environment, we all can enjoy freedom. Thanks to this freedom vibe/atmosphere, they can really be themselves and fully flourish. FREEDOM4ALL suggests that we will 'all' enjoy and flourish within that full freedom vibe we deserve and so long for.
We distinguish so-called, national, vertical freedom, where the policy makers (FREE PEOPLE REPRESENTATIVES and NOT-FREE PEOPLE REPRESENTATIVES comply with human rights. ALL4FREEDOM strives towards a situation where human rights are treated equal to political- and economic interests. Within FREEDOM4ALL, a world flourishes where every individual enjoys the same basic rights  and everyone's freedom, at all times, is guarded and protected by the corresponding government or FREE PEOPLE REPRESENTATIVES. Torture by the NON FREE PEOPLE REPRESENTATIVES only exists in history books. Supported by IAM4FREEDOM and other 4FREEDOM projects, WORLDLEADERS4FREEDOM and TOP4FREEDOM, thus, focus on vertical FREEDOM4ALL.
In addition, we address so-called, local, horizontal freedom, where ALL4FREEDOM, then, together with everyone, appeals to everyone, thus the FREE PEOPLE themselves, to interact respectfully with each other and make sure they do not obstruct or invade other people's freedom. This is when the holistic, live-and-let-live policy, develops allowing all the right to really be themselves: BSUR (Be As You Are). On a day-to-day basis, the IAM4FREEDOM Heroes, thus, embody, experience and reap the benefits of horizontal FREEDOM4ALL.
And last, but not least, perhaps, as first things first, as an IAM4FREEDOM Hero, you work on your inner freedom via e.g. MEDITATE4FREEDOM, well-knowing that with the practice of meditation, you are not only more mindful, more and more yourself and free but your thoughts, speech and actions fully flourish from such freedom, interestingly inspiring and infecting all interactions and slowly sowing seeds along your social circles. Being among freedom havens with higher hero concentrations can then curve your freedom, personal development, positively and exponentially. People feel safe and free to be who they want to be. In addition, inner freedom helps out heroes to deal with hardships that painfully cross their paths and which they cannot control or avoid. Your resilience and flexibility feeds your inner freedom and vice-versa.

Envision a world where all people can be/feel free and can contribute to freeing others. Why don't you think along with us into the future. It is the year 2025, or perhaps even, 2030, time will tell, 5th of May, Liberation Day in Amsterdam, Holland hurrays her liberation, celebrating as she does every year since 1945 and yet, for the first time, the festivals are even more festive and numerous as now the rest of the world joins the fun. The initiators of Project Aware and ALL4FREEDOM, and some regular IAM4FREEDOM Heroes, are back in Asia, the place where Project Aware and the mission once began and reflect upon all that is achieved since. The people they meet there, now also belong to the FREE PEOPLE and are free to do what they wish to do as even there, after decades of oppression, now, freedom and the right to be yourself is respected. However, just as the Dutch, who, en mass and annually, remember the victims of the second world war on the 4th of May, they too will never forget the times of torture and tyranny.
MoreLess

We go back in time to the memories of the first countries and governments, NON FREE PEOPLE REPRESENTATIVES, who, a couple of years ago and by means of dialogue with-, and under the pressure of, the FREE PEOPLE REPRESENTATIVES and IAM4FREEDOK Heroes, seriously took steps to respect human rights, resulting in a rising trend of FREE PEOPLE. From there, we go even further down memory lane to the worldwide unprecedented interaction and cooperation between FREE PEOPLE and FREE PEOPLE REPRESENTATIVES both aiming for a positive change, back in time to the slow-start of ALL4FREEDOM, and how, previously, Project Aware suddenly started, the first awareness and, back to the moment the initiators were witness of the impacts of an inhuman regime and, mutually, decided they had to do something about this. Human rights violations, wherever, now belong to the worldly and personal past. The initiators, who have received The Noble Peace Prize, are now assisted by the millions IAM4FREEDOM Heroes who support the ALL4FREEDOM philosophy. This joint voice is loud and powerful enough to influence the public opinion forever and for organizations and the FREE PEOPLE REPRESENTATIVES keep the pressure on any NON FREE PEOPLE REPRESENTATIVES who do not respect the basic human rights. Unfortunately, at any time in the (near) future, new NON FREE PEOPLE REPRESENTATIVES might, get it in their minds to start repeating history again. But one thing is forever and for sure, now: nobody escapes the influence of all the IAM4FREEDOM Heroes who stand behind that modern freedom movement. ALL4FREEDOM, which is not solely focused on money nor hampered by diplomacy and political motives, whereby, independently and with pure intention and motivation, she can continue to focus on FREEDOM4ALL. Thus, making ALL4FREEDOM a respected dialogue partner for all FREE PEOPLE REPRESENTATIVES in this future- and truly democratic world, a source of inspiration to all the countless IAM4FREEDOM Heroes, who, by now, have contributed to the cause and are the inexhaustible engine behind the battle again any form of freedom deprivation.
Furthermore, FREEDOM4ALL, of course, does not merely make work of national or vertical freedom, where the NON FREE PEOPLE REPRESENTATIVES are the bad guys. Even on a local scale, the IAM4FREEDOM Heroes have not been sitting on their hands and embody, as not other, the philosophy. On the streets, in the night life, at work, school and online, etc. a freedom vibe can be felt of live and let live. Freedom and the right to be yourself have become the new culture, embraced by and benefiting all. A 360 freedom feel feels good and gives all to reflect upon themselves, be genuine and free, and therefore, bringing out the best of themselves to contribute to the greater whole. Naturally, all these outer freedom success stories weren't possible if all the IAM4FREEDOM Heroes did not take time to reflect and work on inner freedom or liberated themselves from their own issues, such as stress and other negative emotions as anger, aversion, greed and craving. Therefore, meditation is often the first and last step. Everything starts with awareness and you cannot help another to be free if you are not free or okay. Through inner freedom, one can express a pure intention to do well-meant heroic deeds and only then, will those deeds do good. Practice what you preach and be the change you want to see. 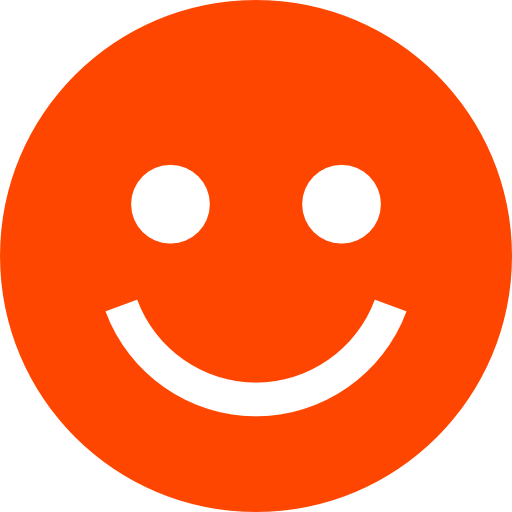 With the achievement of FREEDOM4ALL, ALL4FREEDOM's reason d'etre shall cease to exist and the mission seems accomplished. The activation and unification of the endless IAM4FREEDOM Heroes proved successful and they lived happily ever after...
ALL4FREEDOM is the prominent and promising people-powered platform, freedom-first community and the world’s leading, independent and international movement, moving, empowering and uniting unique, freedom-valuing, individuals, companies, clubs, media, projects, partnering organizations, world leaders and all, who, within their talent and time, connect, commit, campaign and contribute, actively, by demonstrating their dedication and devotion to defending and further-forwarding freedom, honouring human rights and respecting the right to be yourself and to be free, ALL 4FREEDOM!