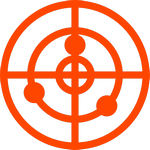 No crowdfunding campaign without a set of goals; at least that is what the experts told us. "Shoot for the moon. Even if you miss, you'll land among the stars.” well-spoken by Norman Vincent Peale who would agree with our ambition of FREEDOM4ALL. Having chunked our enthusiasm into smaller steps below, you can see the first five financial CROWDFUND4FREEDOM targets necessary to further develop our community, continuity, 4FREEDOM projects and international roll-out. You may also want to check our timeline. 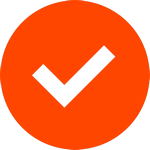 Our team has successfully set up the beta site and CROWDFUND4FREEDOM application to enable early-believers and potentially interested companies to crowdfund and lead the way towards our initial goal below and beyond. Our movement 4FREEDOM is now in motion and we welcome you to join in and experience the fun of this important journey! 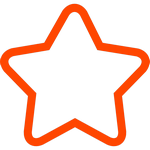 This is where the initial early-believers take action and the prototype of the beta site / 'train' will ride its rudimentary rounds for the first time. With this start-up budget, we can kick off modestly with the launch of a few IAM4FREEDOM Hero-nominated, 4FREEDOM projects.
MoreLess

After working over ten years as volunteers, ALL4FREEDOM’s initiators, Jeroen and Atreya, will begin with the maximum of a minimal basis income and start some 4FREEDOM projects, among which CROWDFUND4FREEDOM and SHOP4FREEDOM, in order to achieve subsequent goals / target amounts (see below) as well to safeguard ALL4FREEDOM’s future. Both of them are all-round in their activities and serve as each other's back-up. Together, they will ensure the organisations’ continuity and efficiency by actively approaching and recruiting a sufficient number of volunteers, interns or sponsors. They are also responsible for the execution of new, promising, and existing successful 4FREEDOM projects. Examples include CROWDFUND4FREEDOM, DANCE4FREEDOM, PHOTO4FREEDOM, INTERNET4FREEDOM. Furthermore, new and additional CROWDFUND4FREEDOM rounds will secure an income per initiator, thus directly enabling the continuity of the community's corresponding 4FREEDOM projects, events and actions, which shall be launched based on the joint output of the growing number of IAM4FREEDOM Heroes and crowdfunded targets.
Additionally, events such as DANCE4FREEDOM and SHOP4FREEDOM and their corresponding tickets and merchandise shall deliver essential funds to upscale our activities after launching them. Depending on your support, we may continue to work on the organization and its range to achieve long-term mission targets and guarantee ALL4FREEDOM's international roll-out and success! For our sponsored core team, we have decided to adopt a financial reward-model based on the maximum of an average income. Ultimately, the sustainability and effectiveness of our work however depends on your financial contributions. So, start your CROWDFUND4FREEDOM today, and help us maintain our essential work for a great cause! 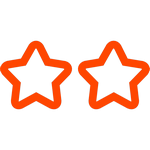 Achieving the extended goal enables ALL4FREEDOM to kick-start its first activities post-launch. Seeing others contribute to a crowdfunding campaign creates a ripple effect, attracting many spectators with much enthusiasm and curiosity to join in as well. Thanks to the initial early-believers and the prototype of the beta site / 'train', which by then is already making its first impressive round trips, considerably expand the 'railroad tracks' and we can thus upscale the site to the wider community 4FREEDOM, as well as finishing the prototype train to considerably expand the railroad tracks and our outreach and effect.
MoreLess

Upon achieving our extended goals of targeted amounts, we can launch additional IAM4FREEDOM Hero-nominated, 4FREEDOM projects. This means that our real work only starts after we’ve 'over-funded' our first goals. As our focus of course lies on the achievement of every larger targeted goal amount, we shall invite you to come celebrate these milestones with us! Help us now by proactively reaching out to your network and offer them the chance to join us in the realization of our respective goals and therewith achieve substantial change. 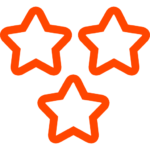 Upon achieving this goal, ALL4FREEDOM can truly begin to make things happen. It enables us to launch many of the IAM4FREEDOM Hero-nominated, 4FREEDOM projects and already start with the international roll-out of our selected activities. Now that our metaphoric ship has set sail and our ‘train’ includes all necessary personnel, we can start building stations, communicate routes and time schedules and stop at the stations as agreed upon, so that our passengers can use that in which they have invested.
MoreLess

This enables the initiators, Jeroen and Atreya to recruit extra sponsored core-team members and qualified and motivated professionals (manager sponsoring, manager operations and main web-developer), who shall then be working full-time for a fair income and can truly expand our activities and launch of 4FREEDOM projects, such as WORLDLEADERS4FREEDOM and/or ART4FREEDOM, during the upcoming year. Jeroen and Atreya will then shift their initial focus to communication, speaker-ship, media attention and the international roll-out. As a result, both the press and media, sponsors and many (potential) IAM4FREEDOM Heroes shall be deeply impressed and inspired by the promising and growing community before them. We expect that even more people will be joining us as IAM4FREEDOM Heroes in turn. Thanks to the interaction with our community, we are then able to try-out all ALL4FREEDOM activities in The Netherlands, upon which they will be evaluated and improved prior to the international roll-out. The result will be a remarkable boost of their effect and outreach. 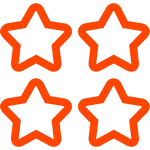 With the achievement of this goal, we can guarantee the community's continuity for the future. We are now able to proactively launch all IAM4FREEDOM Hero-nominated, 4FREEDOM projects, including PARTNER4FREEDOM, TOP4FREEDOM and many more. As a result, the international press and media, sponsors, many IAM4FREEDOM Heroes and international (political) organizations and key figures will be impressed and inspired by the powerful expansion of our ALL4FREEDOM community. An exponential amount of people will then join our movement, with everybody cooperating and contributing to the common cause of creating FREEDOM4ALL. The idea of crowdfunding originally took shape as a grass-roots means to realize dreams. With our initial dreams all realized, it’s simply time to start dreaming even bigger. Let’s shoot for the stars! 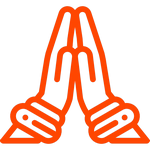 Thank you in advance for your (sponsor)contribution, support and interest!