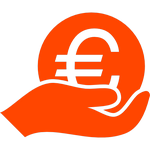 ALL4FREEDOM believes that an NGO does not necessarily need to ask you for money, which is why we do not work with prodigious pre-printed bank account numbers, third-party fundraising companies and money-donating individuals. We do NOT fundraise traditionally. All costs are covered, crowdfunded or sponsored 100% by companies through SPONSORING4FREEDOM (sponsoring in product, service and expertise) and/or via CROWDFUND4FREEDOM and SHOP4FREEDOM merchandise or e.g. DANCE4FREEDOM tickets. ALL4FREEDOM is a non-fundraising non-profit foundation because its emphasis lies on you, as a human being and as an ambassador, rather than the money.
Nowadays, many people suffer from donation fatigue and rightfully demand transparency. They are fed up with corruption, commercialization, big fat CEO salaries, expensive office buildings, hard marketing, bad investments and other NGO scandals. Other people spending other people's money/donations without giving it much thought has, logically, lead to mistrust. Among the supported NGO's, a personal link with the subject, transparency and 'clarity on the sometimes substantial financial flows' are of utmost importance. At ALL4FREEDOM, we focus on freedom, on you, the human being, transparency and not on money. This is why we do NOT ask for donations and we have the business community cover our costs.
If you do not want to get yourself actively involved in projects and activities and just want to donate the traditional way, considering this your contribution, then becoming an IAM4FREEDOM Hero might not be the thing you had in mind and in addition, we don't accept traditional donations. However, just before you go, you might want to check/sponsor via our project CROWDFUND4FREEDOM, SHOP4FREEDOM and/or get DANCE4FREEDOM tickets on your way out...
Does the hard marketing of NGO's, who e.g. Approach you to raise your monthly donation, have the opposite effect on you and are you demotivated and downhearted when every new initiative is after your your donation rathyer than other ways to help out? Are you open 4FREEDOM but lack the means to mean something as an individual without donating money directly? Then IAM4FREEDOM, where the focus lies on the human and not so on the money, might offer you participation potential and an apreciated answer.